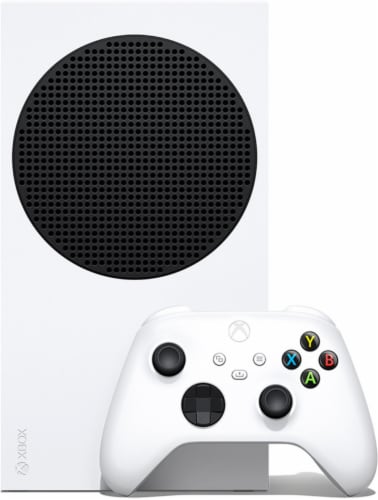 Introducing Xbox Series S. Experience the speed and performance of a next-gen all-digital console at an accessible price point. Seamlessly move between multiple games in a flash with Quick Resume. At the heart of Series S is the Xbox Velocity Architecture, which pairs a custom-SSD with integrated software for faster, streamlined gameplay with significantly reduced load times.

Experience next-gen speed and performance with the Xbox Velocity Architecture, powered by a custom SSD and integrated software.
Minimize load times with a custom-built 512GB NVMe SSD and seamlessly move between multiple recently played games in a flash with Quick Resume.