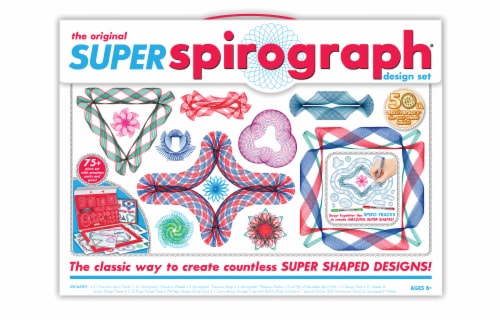 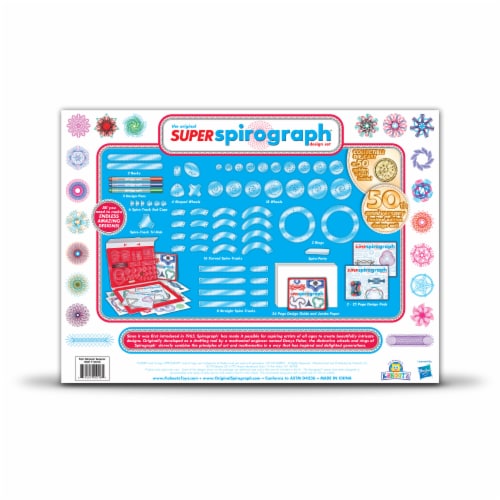 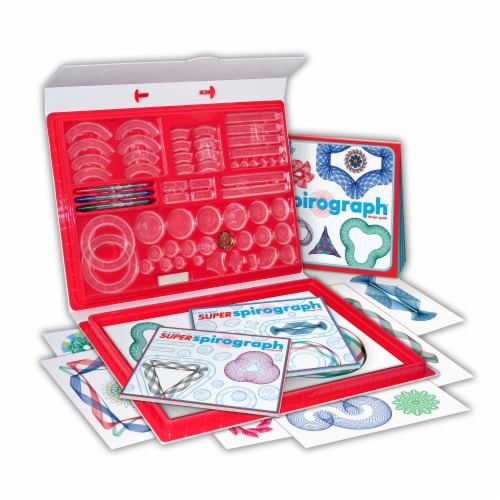 The Original Super Spirograph is back and better than ever! The classic interchangeable Spiro-Tracks let you create your own unique pattern shapes, taking your designs to a whole new and SUPER level. This jumbo 75+ piece set comes in a durable storage case with a work surface and features a real metal die-cast #50 Spirograph wheel to commemorate the 50th Anniversary of the introduction of the original Spirograph.