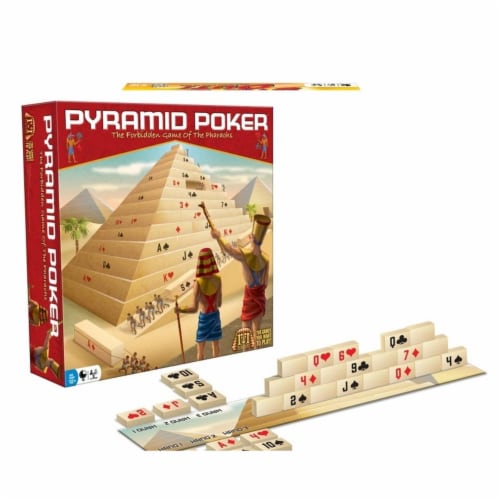 Stakes are high in this forbidden game of the Pharaohs! Pyramid Poker is a quick head to head game that takes your ancient Grand-Pharaoh's Poker to whole new levels. Each player takes turns placing blocks to assemble the pyramid. Once it's completed, players begin dismantling the pyramid, taking a block each turn as they attempt to create their best 3 Poker hands. Win 2 of the 3 matchups to be master of the Pyramid!

Features. To set up the game, place all of the blocks face down and shuffle them. Each player then takes fifteen blocks and turns the blocks so that only they see. They take turns placing the blocks into a two-dimensional pyramid-shaped structure. Once all the blocks have been removed, who wins two or three of the poker hands winsContains:. 54 Wooden blocks. Pyramid FoundationSpecifications. Players: 2. Ages: 14+. Play Time: 15 min. Year: 2017. Weight: 1 lbs