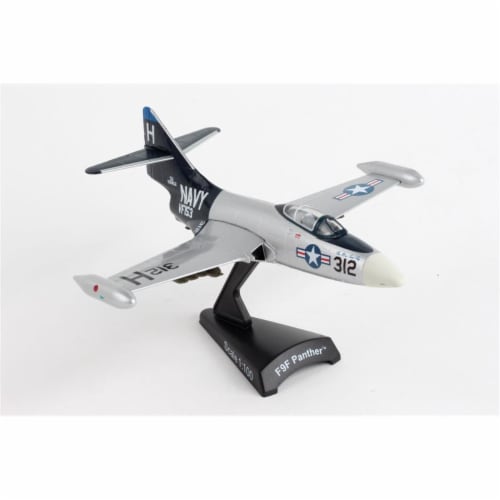 The F9F Panther was Grumman's first jet-powered aircraft and was used extensively by the US Navy and Marine Corps as their primary fighter and ground-attack aircraft in the Korean War. It was a single-engined carrier fighter with permanently mounted wing tip fuel tanks, armed with four 20 mm (0.79 in) cannons and a wide assortment of air-to-ground munitions. Blue-tail fly is a term popularized in the Southern folk song "Jimmy Crack Corn". When the tail on Lt. Richard Clinite's all-aluminum Panther sustained heavy flak damage it was replaced with the tail from a damaged blue-painted Panther giving Lt. Richard Clinite's plane it's distinctive look. He successfully flew several missions on this plane until it was so badly hit by flak that it was permanently grounded for major repair.