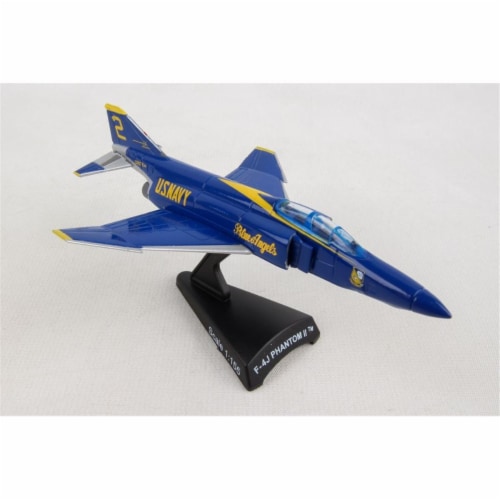 The McDonnell Douglas F-4 Phantom II is regarded as one of the most successful fighter designs of it's time. It is a two-seat twinjet long-range supersonic interceptor and fighter-bomber originally developed for the United States Navy. With top speeds more than twice the speed of sound, the F-4 established 16 speed, altitude, and time-to-climb records. An all-around performer, the F-4 Phantom II was the first aircraft to be simultaneously used by the USAF, USN and USMC, while also serving in approximately 11 other countries.The Blue Angels are the US Navy's Flight Demonstration Squadron whose mission is to exhibit pride and professionalism through flight demonstrations. Established in 1946, the "Blues" flew the F-4 Phantom II from 1969 to 1974.