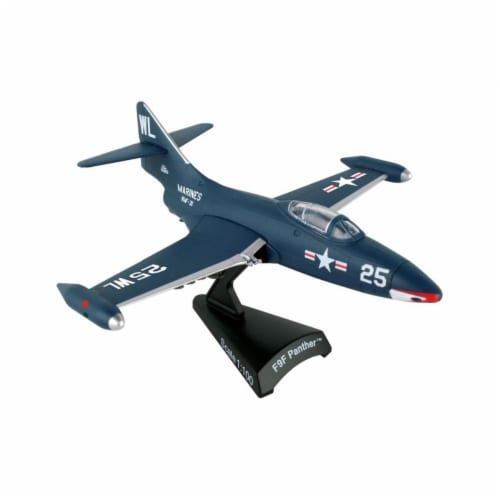 The F9F Panther was Grumman's first jet-powered aircraft and was used extensively by the US Navy and Marine Corps as their primary fighter and ground-attack aircraft in the Korean War. It was a single-engined carrier fighter with permanently mounted wing tip fuel tanks, armed with four 20 mm (0.79 in) cannons and a wide assortment of air-to-ground munitions. The Panther scored the first Navy air victory of the war by shooting down a North Korean Yak-9 and had underrated dog-fighting capabilities. But it was more famous as a tough bird that brought its pilots home, including three celebrated Korean War pilots: Boston Red Sox slugger Ted Williams and future astronauts John Glenn and Neil Armstrong.