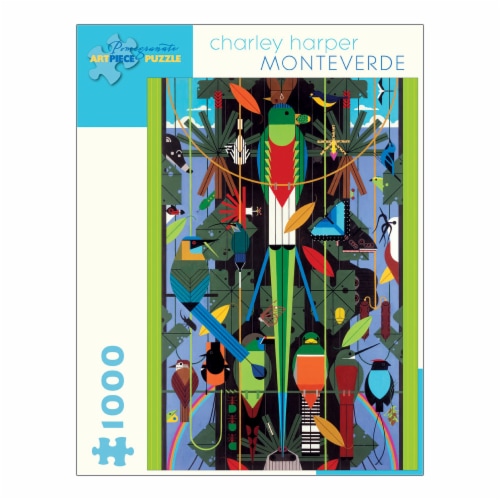 Monteverde promotes the beautiful Monteverde Cloud Forest Preserve in Costa Rica, home to an astonishing array of flora and fauna, including the sacred quetzal (depicted in the center of the poster) and the world's largest number of orchids. Some ninety migratory bird species stop there. Artist Charley Harper developed his unique style while a student at the Art Academy of Cincinnati and the Art Students League in New York City. His distinctive use of simple geometric shapes, patterns, and vivid colors succinctly captured the essence of each creature he portrayed.