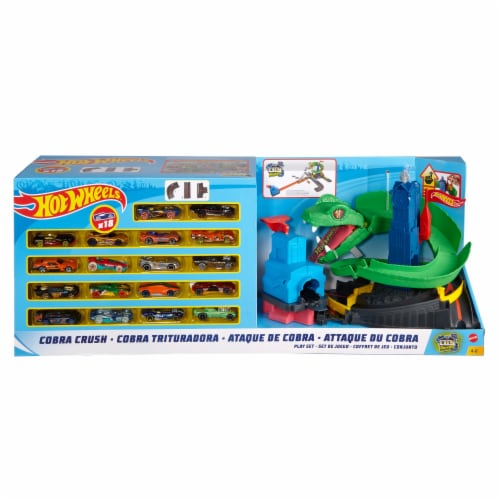 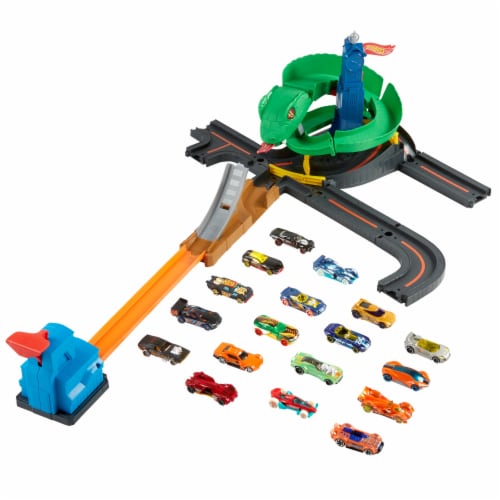 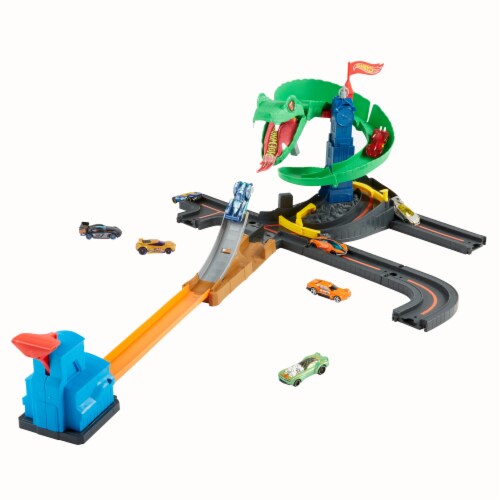 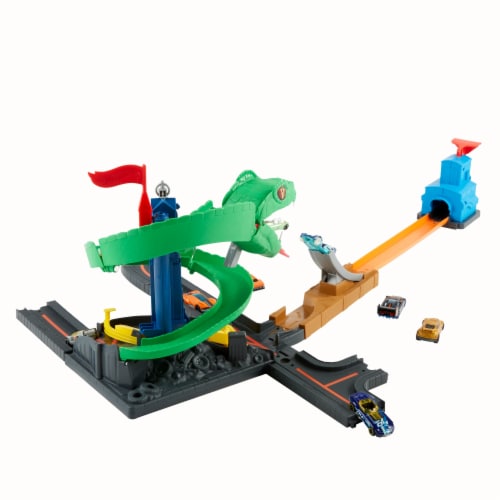 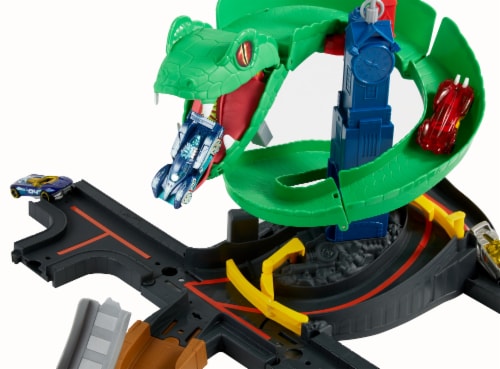 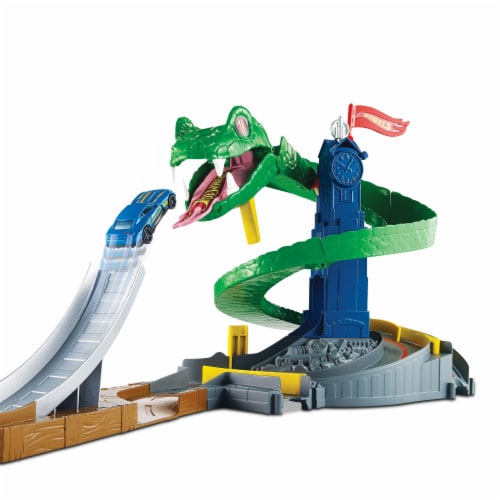 Fuel kid's imagination when a giant Cobra attacks Hot Wheels™ City and captures cars in his jaws! The Hot Wheels™ City Cobra Crush playset provides storytelling play based on heroic action and skill, and with 18 Hot Wheels® Cars included, there's lots of play right out of the box! Kids launch the cars and try to jump over the toy Cobra's head to avoid his venomous bite. Oh no, he's captured a car in his jaws! Now the challenge is to crush the Cobra and launch another car to free the trapped vehicle. Launch the car just right and hit the Cobra's face to release the car OR land on the Cobra's back to roll down to the bottom of his tail to trigger the release of the trapped car AND take down the entire Cobra at the same time! Cars can also be trapped in the bell tower in the middle of the Cobra's coil. Save friends trapped in the giant Cobra's jaws or the bell tower with the train station-themed launcher and the right shot! Kids can adjust the Cobra's head for different results -- increase the level of difficulty and improve launch skills and timing. And with 18 cars, it's easy to practice! Kids can also build their own Hot Wheels™ City by collecting and connecting other playsets. Hot Wheels™ City playsets are compatible with each other as well as with orange track and other sets. Includes 18 Hot Wheels® vehicle. Colors and decorations may vary.