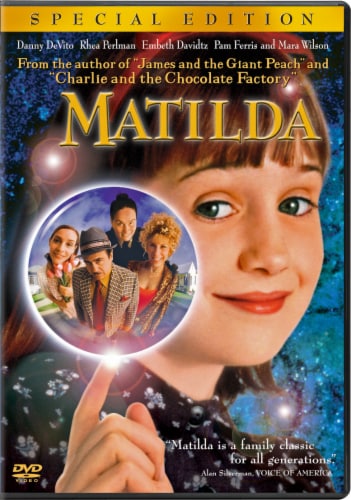 Adapted from the beloved Roald Dahl novel of the same name, Matilda tells the story of Matilda Wormwood, a gifted girl forced to put up with a crude, distant father and mother. Worse still is Agatha Trunchbull, the evil principal at Matilda's school. Trunchbull is a terrifyingly strict bully, however when Matilda realizes she has the power of telekinesis, she begins to defend her friends from Trunchbull's wrath while also fighting back against her unkind parents.