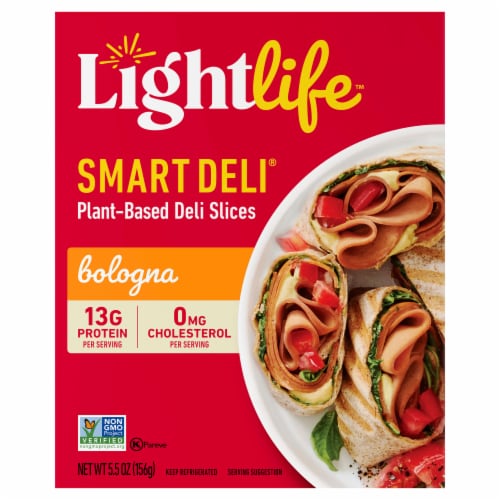 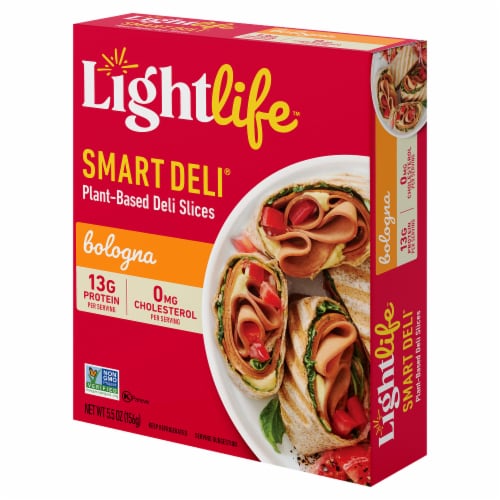 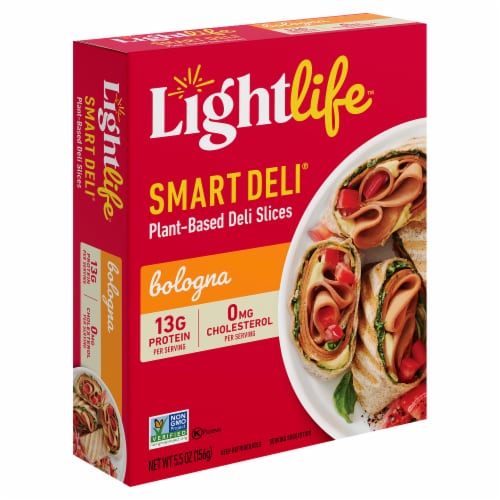 Bring a plant-based twist to your favorite deli sandwiches with Lightlife® Smart Deli® Vegan Bologna. Made with plant-based ingredients, this vegan sandwich meat delivers the taste and texture of classic bologna without the saturated fat and cholesterol found in traditional deli slices. Packed with protein and ready to eat directly from the package, Smart Deli® vegan bologna lunch meat is a tasty and responsible meat substitute the whole family can feel good about eating.

Allergen Info
Contains Wheat and Their Derivatives,Soybean and its Derivatives.