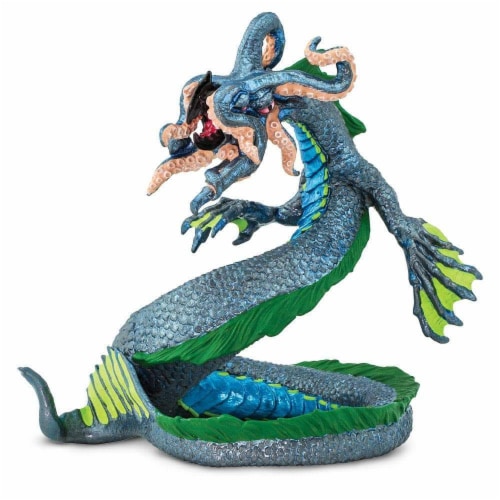 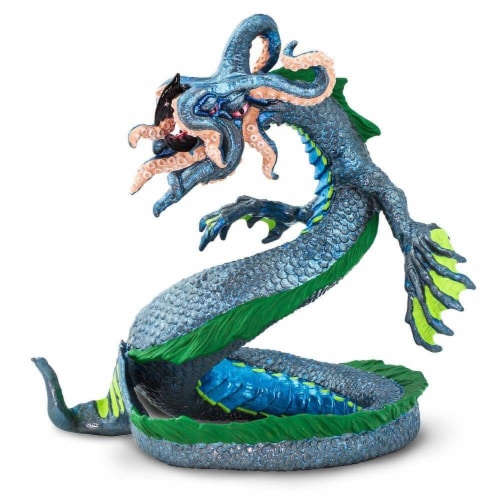 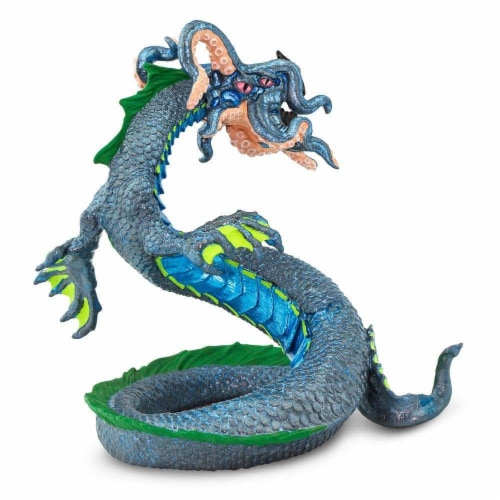 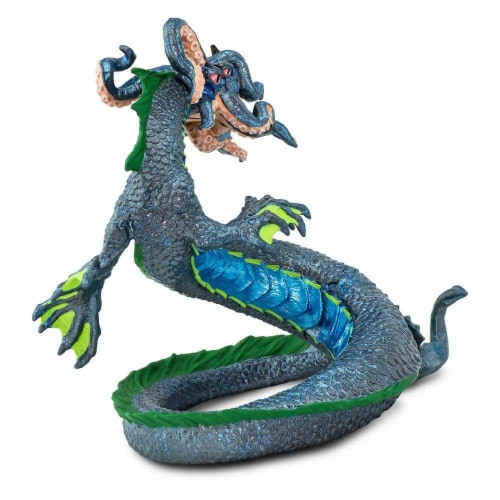 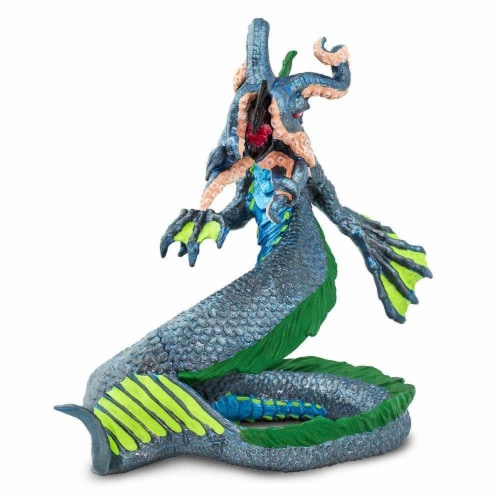 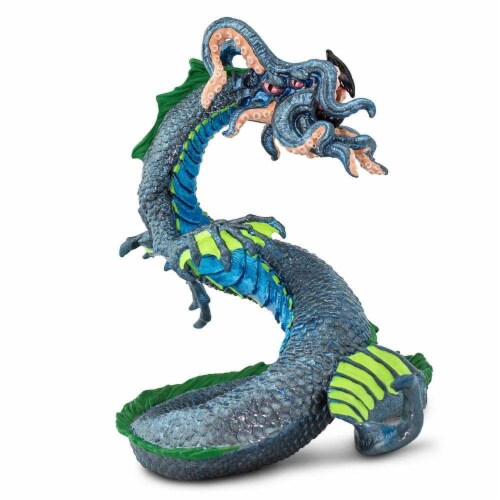 The Leviathan is a mysterious mythical monster of the sea, the marine counterpart to the great land beast Behemoth. One of the oldest and most powerful creatures in the sea, the Leviathan is mentioned in many ancient texts including the Book of Job and the Talmud. Scientific Name:Â  Leviathan Characteristics:Â This fearsome sea serpent is depicted rearing up and coiling its body, ready to strike. This hand-painted figurine is packed with detail, from its four-eyed, squid-like face with twirling tentacles and menacing beak, to the arrow-like tip of its tail. The Leviathan would fit right in on any shelf of fantastical creature figures, or facing off against adventurers in a tabletop or role-playing game setting. Size and Color:Â The Leviathan figure is over 4 inches wide, and 5 Â½ inches tall to the top of its uppermost tentacles. Itâ€™s about the size of a large ceramic mugâ€¦not as big as the real deal, but an imposing figure nonetheless! The creatureâ€™s scales are a pearly steel blue with a shiny electric blue underside. Its fins are grass green, with light green webbing. Its eyes and the inside of its mouth are reddish pink, while its beak is a glossy black. The suckers on its tentacles are a pale peach color. The Leviathan is part of the Mythical RealmsÂ® collection. All of our products are Non-toxic and BPA free.