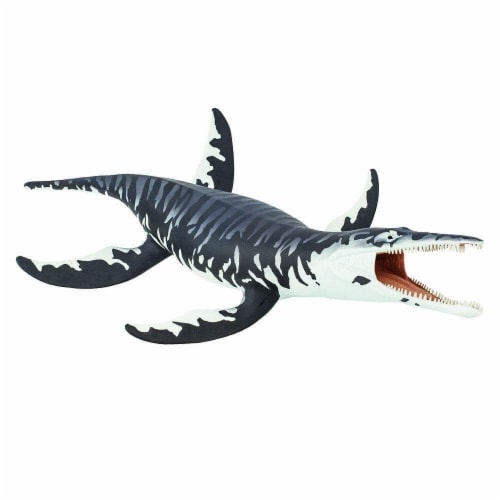 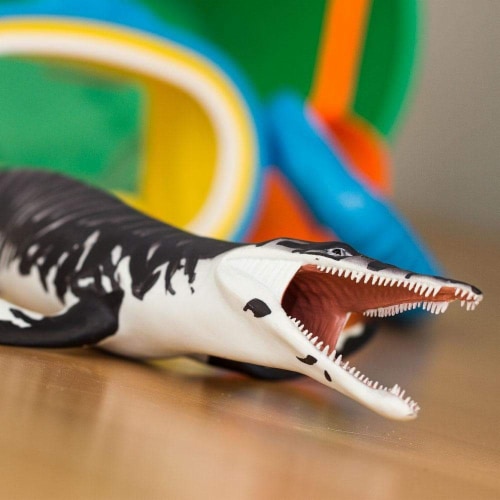 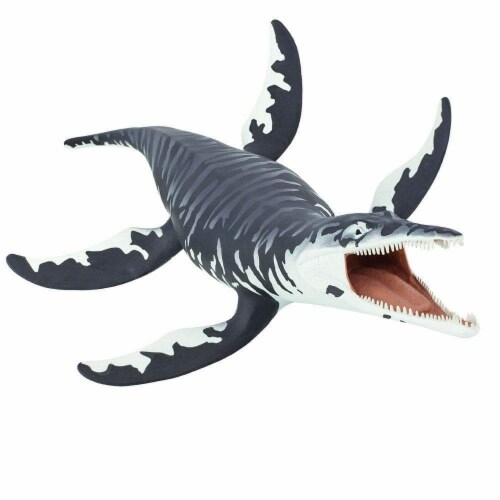 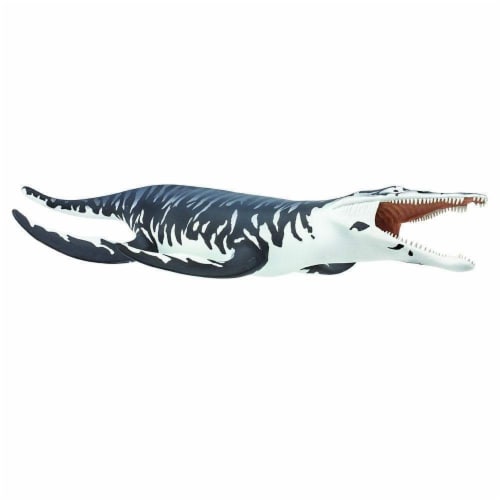 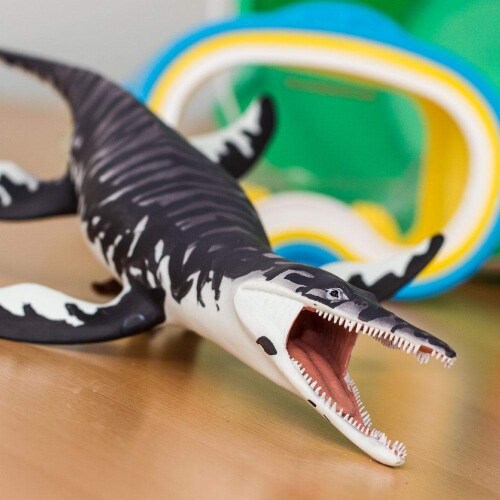 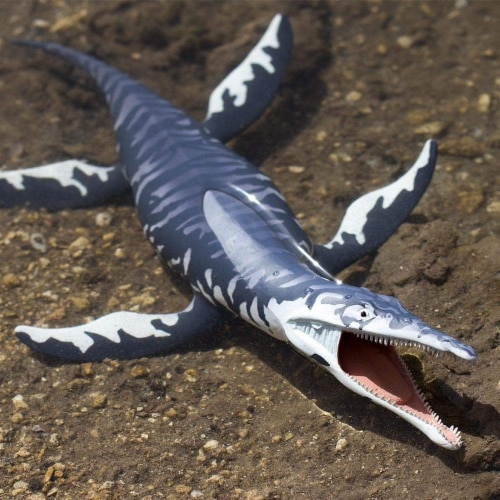 Kronosaurus belongs to a marine reptile group called pliosaurs. This toothy predator cruised the oceans during the early Cretaceous, about 120 million years ago. It hunted prey such as fish and other marine reptiles. History: Kronosaurus was first named in 1924 by H. Longman, who described a large jaw fragment discovered in Queensland, Australia. Longman was inspired to name this mysterious giant predator after the titan Kronos who, according to Greek mythology, devoured his own children. The species name K. queenslandicus refers to the place where the jaw was found. Scientific Name: Kronosaurus queenslandicus Characteristics: The meat-eating Kronosaurus had a huge head with rows of conical, pointed teeth in its long jaws, as you can see on our Kronosaurus toy. It had a short neck, a robust body, and two pairs of large, wing-like flippers that it used to propel itself through the water. This marine reptile grew up to 33 ft long. Size: This large Kronosaurus toy model is 13.5 inches long and 7.75 inches wide. The Kronosaurus is part of the Wild SafariÂ® Prehistoric World collection All of our products are Non-toxic and BPA free