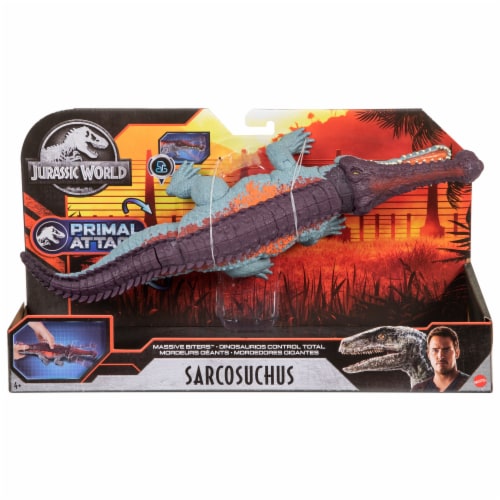 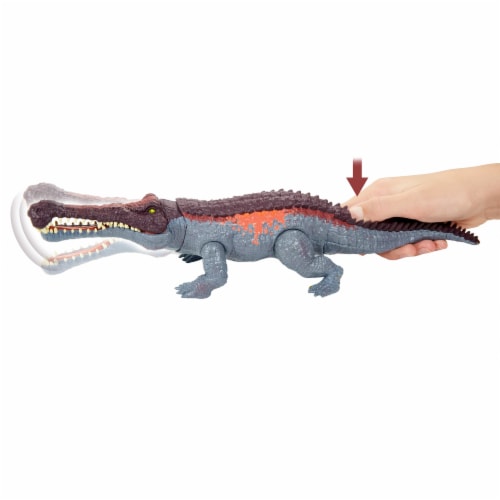 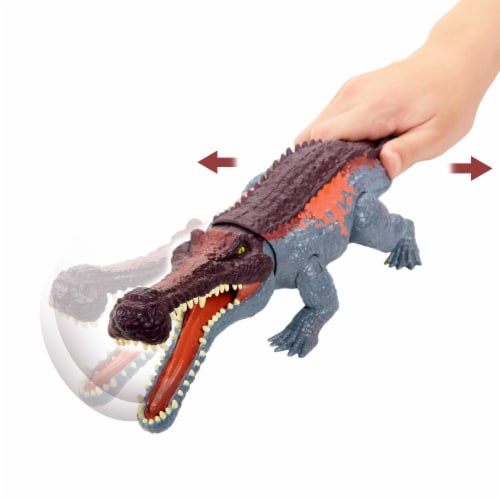 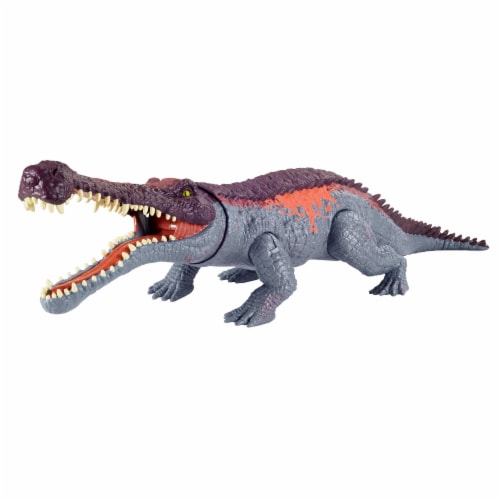 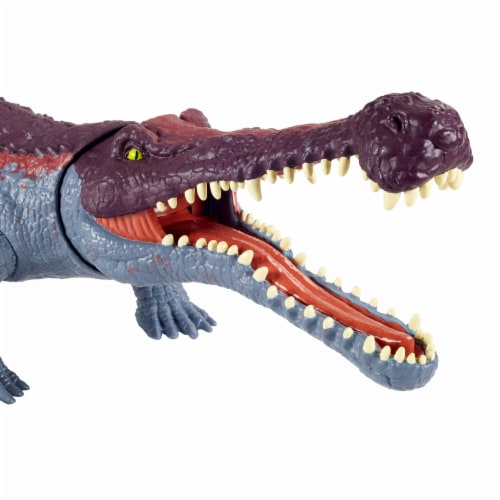 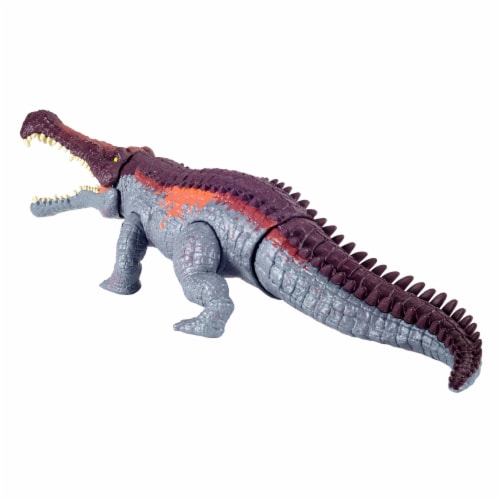 Be a part of the Jurassic World adventure with the ultimate in dinosaur battle action! This larger-sized Jurassic World Massive Biters™ dinosaur action figure features the brand new Primal Attack feature, enabling kids control the battle play by activating these awesome battle moves: move the tail from side to side to activate head movement; move the tail up and around for body twisting movement and move the tail for awesome chomping action (activate all moves at the same time for total animated control of the figure). You can also push the button on the tail area to make the jaws chomp, too, for extra-added battle play!