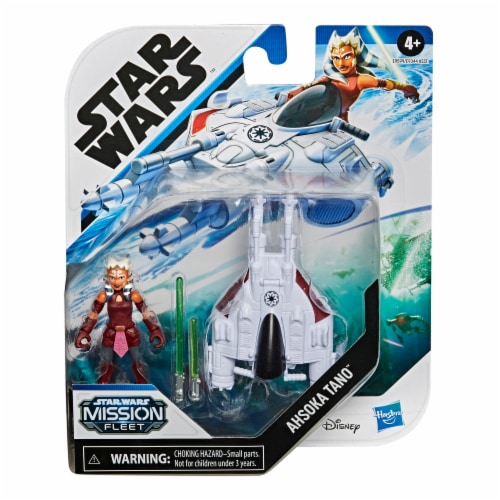 Blast off into a galaxy of adventure with this Star Wars Mission Fleet figure and vehicle! Imagine action-packed battles between the dark side and the light side of the Force. May the Force be with you!