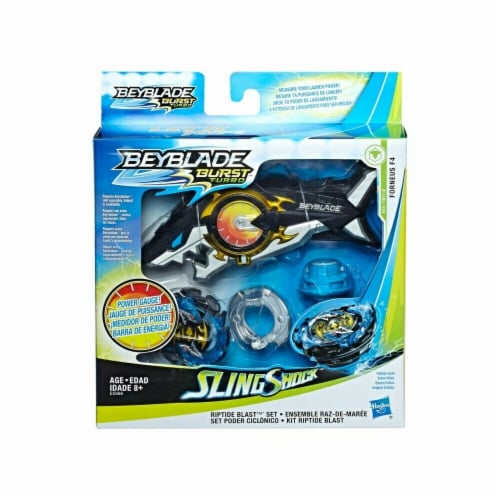 Amp up the battle with the Beyblade Burst Riptide Blast Launcher! Launcher features a gauge with tech that measures the strength at which a top is launched. Bladers can use the Power Gauge to measure their progress and boost their skills! Launcher works with both right and left spin Beyblade Burst tops.

Ride the rails with Beyblade Burst Slingshock tops that combine rail-riding capabilities with the ability to "burst" into pieces during battle, resulting in intense head-to-head clashes. Performance Tips have 2 modes so bladers can vary their Slingshock strategy!