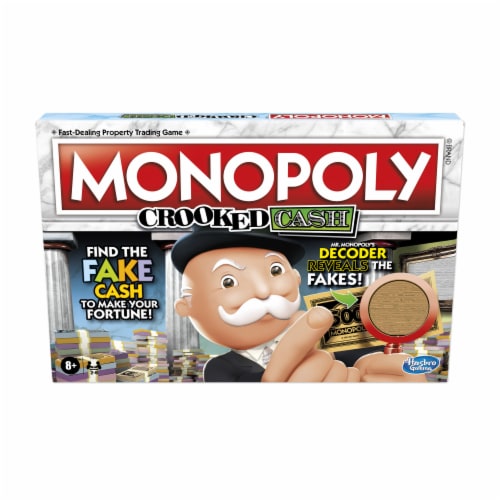 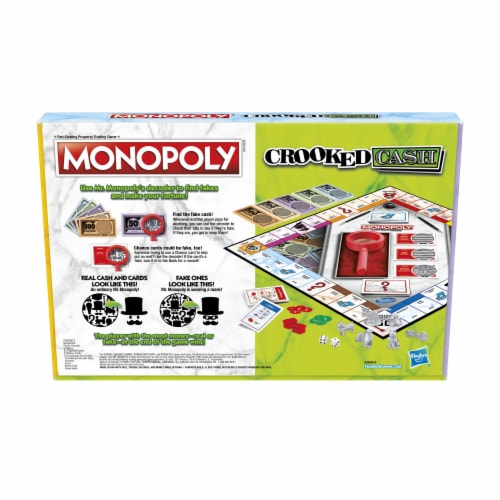 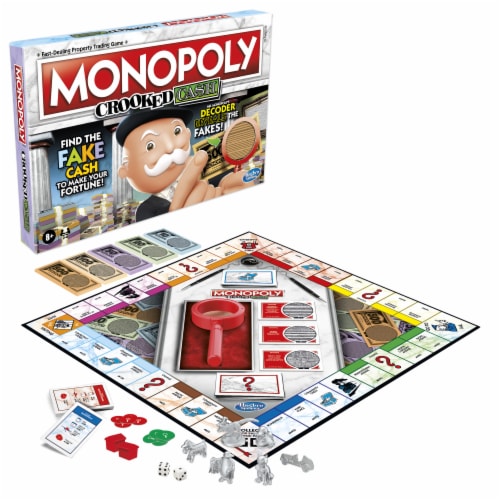 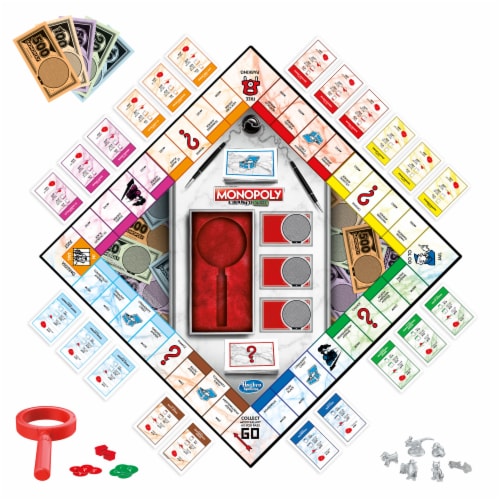 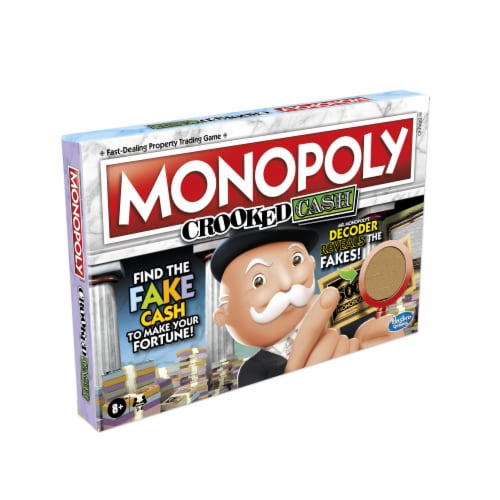 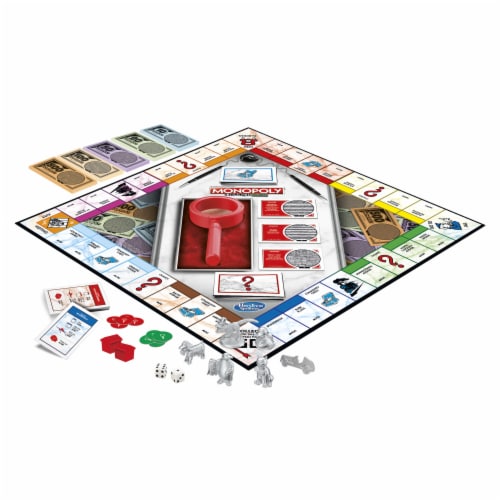 In the Monopoly Crooked Cash game things aren't always as they seem. Someone added fake cash and fake Chance cards! Luckily, Mr. Monopoly is giving players his decoder so they can find the fakes and still make a fortune. It's an exciting game of hidden reveals, and players get to challenge their opponents for using fakes with accusation coins. But use them wisely! You only get a few coins to play. Includes Monopoly tokens that play up the deceptive theme. The player with the most money at the end - real or fake - wins. This family board game is a fun game to play. It's great choice for game night and as an indoor activity for kids 8 and up.