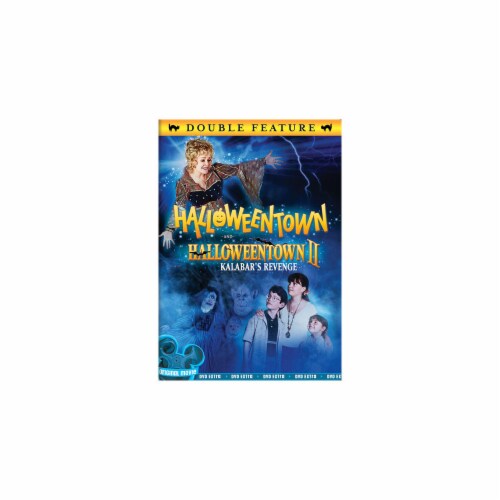 Halloweentown / Halloweentown II: Kalabar's RevengeHalloweentownOn her 13th birthday, Marnie learns she's a witch, discovers a secret portal, and is transported to Halloweentown -- a magical place where ghosts and ghouls, witches and werewolves live apart from the human world. But she soon finds herself battling wicked warlocks, evil curses, and endless surprises.Halloweentown II: Kalabar's Revenge DVDGrandmother Aggie sweeps Marnie and Sophie off to Halloweentown to investigate a series of strange occurrences. When they arrive, the vibrant community seems to have lost its magic.The citizens, including the gargoyles, are gray and boring. It isn't long before Aggie discovers that her spell book is stolen and the trio decides to set out and find it.They discover that an angry warlock has taken the book and plans to permanently turn every human into whatever costume they are wearing at midnight on Halloween. It's a race against time, as Marnie must use her skills to defeat the young warlock threatening to change Halloweentown for eternity.