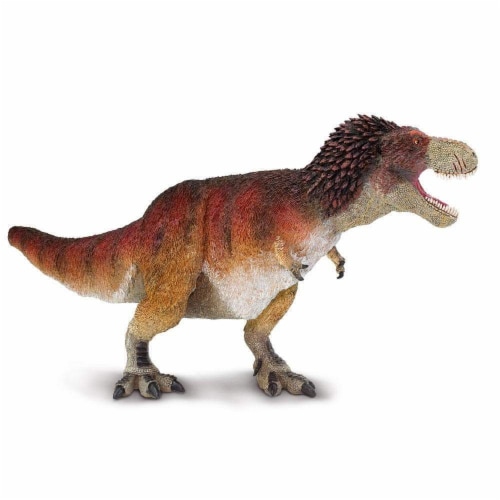 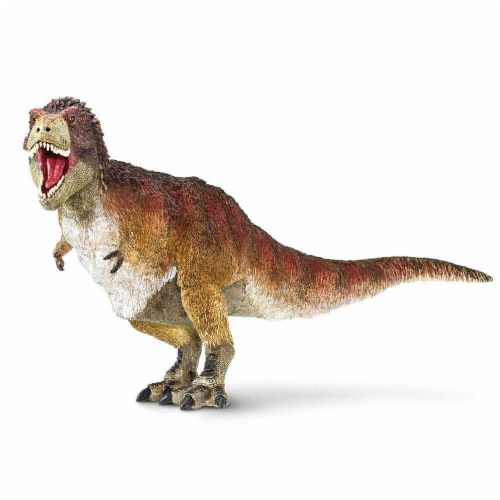 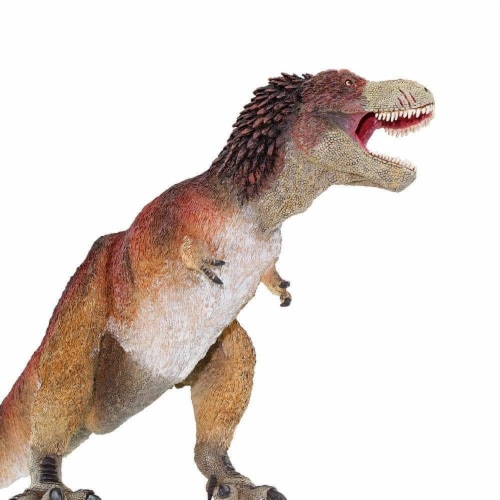 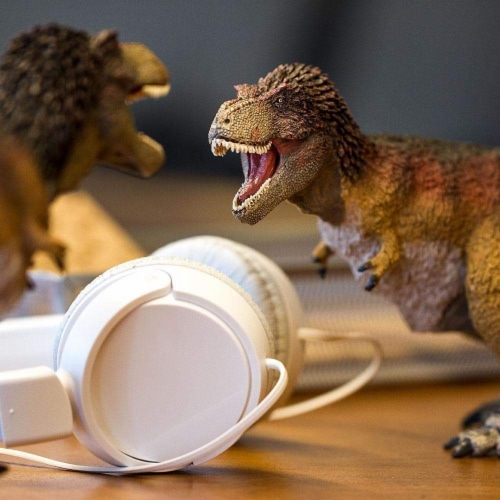 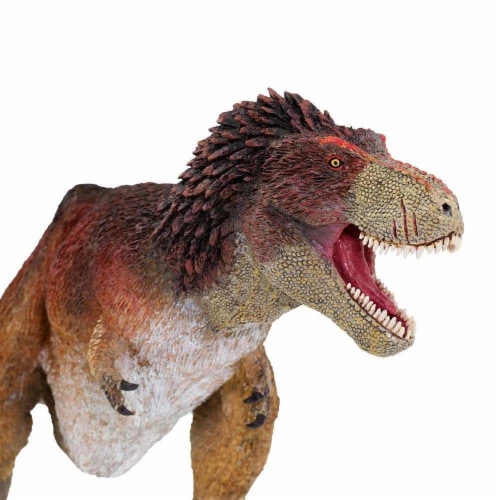 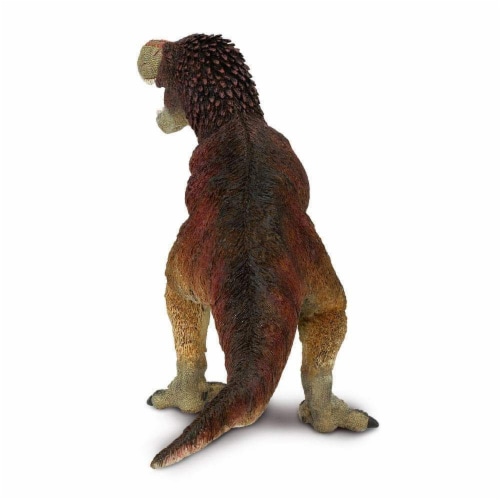 Tyrannosaurus rex, the so-called â€˜king of the tyrant lizardsâ€™, is probably the most famous dinosaur of all time. At up to 40 ft long, it remains one of the largest known meat-eating dinosaurs. However, recent discoveries of feathered dinosaurs are changing our understanding of the life appearance of this popular species. History: Specimens of earlier, smaller tyrannosaurs from China, Dilong and Yutyrannus, have been found with feathers preserved. This evidence suggests that Tyrannosaurus may have also had feathers because these species are related. Tyrannosaurus even had a wishbone resembling those of modern birds. Scientific Name: Tyrannosaurus rex Characteristics: Tyrannosaurus is a muscular carnivore with large jaws filled with teeth the size of bananas. It walked on two muscular legs and had relatively tiny arms with two-fingered hands. With the discovery of its relative Yutyrannus, some scientists believe Tyrannosaurus may have sported feathers. Size: This stunningly detailed figure is 12 inches long and 5.25 inches high. Voted best dinosaur toy figure of 2017 by Prehistoric Times Magazine All of our products are Non-toxic and BPA free