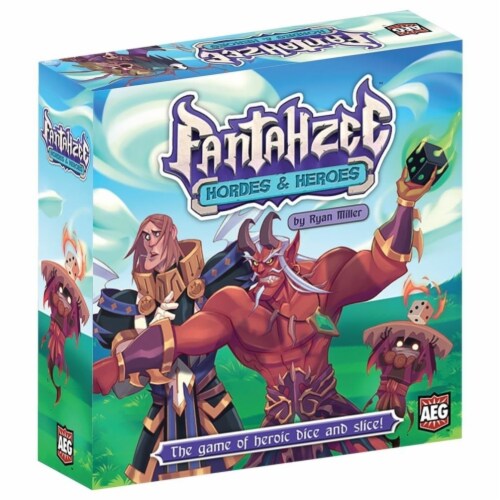 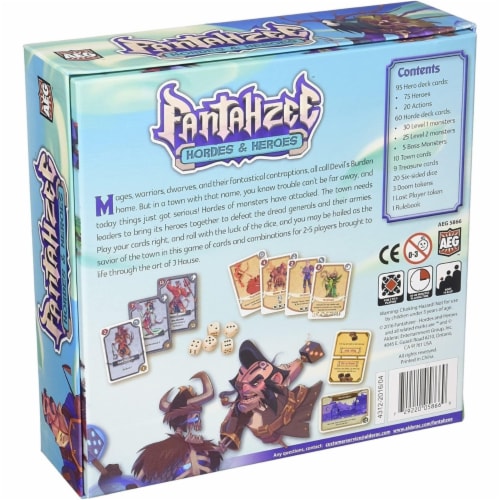 Feature: Puts you in charge of defending the town from tons of monsters!Feature: But you aren’t alone, you’ll be able to recruit warriors, mages, and steam-dwarves.Feature: Roll combinations to activate their abilities and bonk the monsters on their heads to earn victory points.Feature: Defeat three of the five boss monsters and the other two run home, ending the game. End with the most victory points to win!Manufacturer: Alderac Entertainment GroupModel: Fantahzee Hordes andamp; HeroesMPN: 5866AEGUPC: 729220058669EAN: 0729220058669