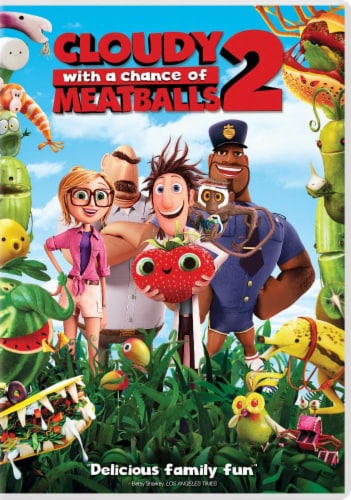 Cloudy With A Chance Of Meatballs 2 (2013 - DVD/UltraViolet)

Inventor Flint Lockwood thought he saved the world when he destroyed his most infamous invention -- a machine that turned water into food, eventually causing cheeseburger rain and spaghetti tornados. However, he realizes his invention survived and is now combining food and animals to create 'foodimals!' Flint and his friends embark on a delicious mission to battle hungry tacodiles, shrimpanzees, hippotatomuses, cheesespiders, and other food animals to save the world yet again!