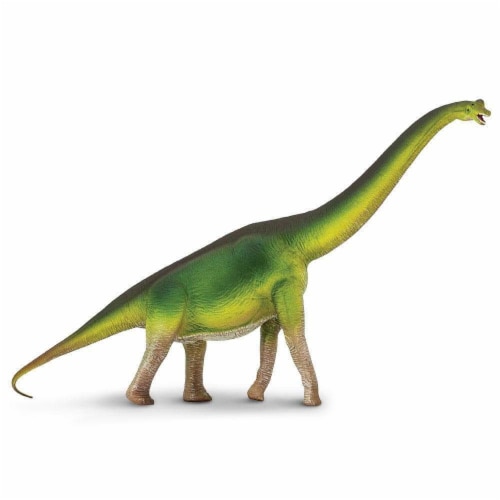 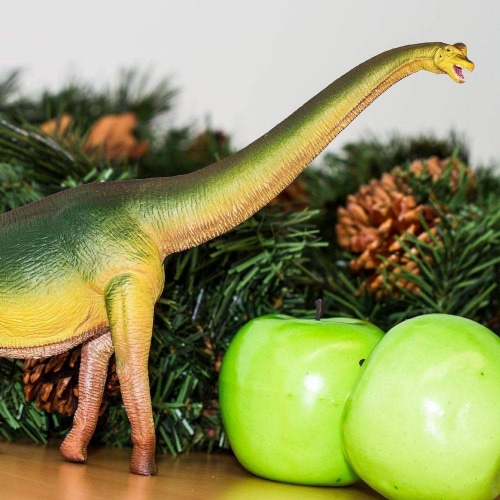 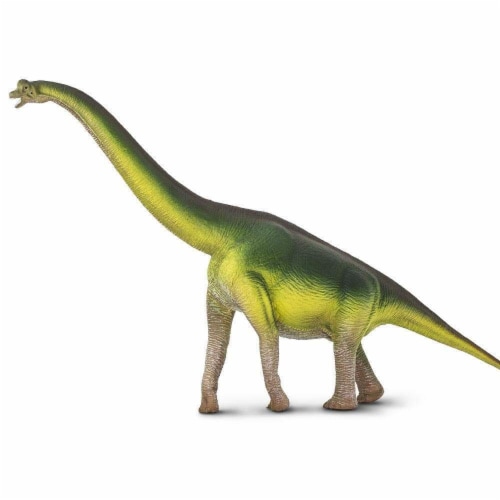 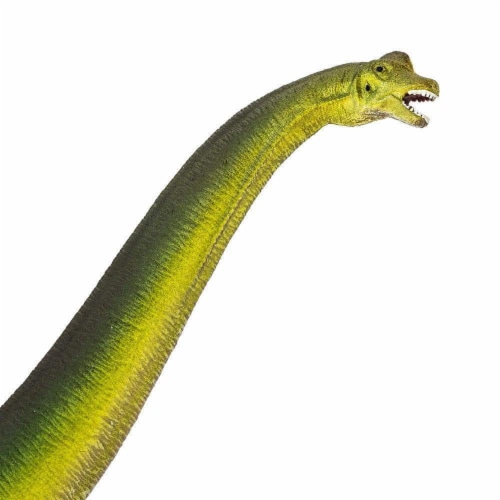 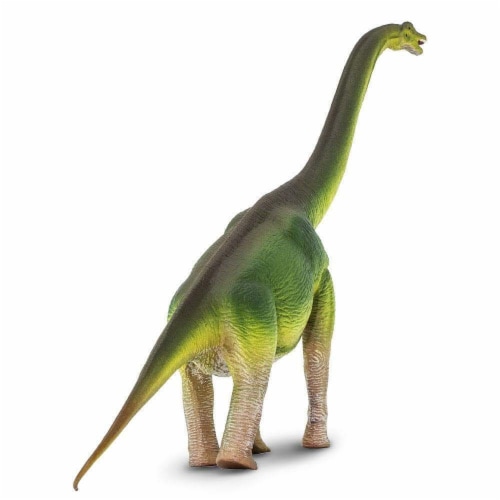 Hover to Zoom
Item 1 of 5 is selected.

Brachiosaurus was one of the tallest long-necked dinosaurs. This ground shaking herbivore occupied North America during the Late Jurassic, about 153 million years ago. This Brachiosaurus toy is much smaller than the real thing, but still has tons of accurate detail. History: The first partial skeleton of Brachiosaurus was discovered and excavated during expeditions from the Field Columbian Museum to Colorado, USA, in 1900. It was described and named by American paleontologist and expedition leader, Elmer Riggs, in 1903. Riggs gave it the full name Brachiosaurus altithorax, and after the fossil material was prepared, he proceeded to describe it in more detail in 1904. Scientific Name: Brachiosaurus altithorax Characteristics: Brachiosaurus was a long-necked plant eater with a tiny skull relative to the size of its giant body. It had simple peg-like teeth for stripping leaves, a long neck, and a medium-sized tail. Brachiosaurus walked on all fours but its front legs were longer than its hind legs, so it had a backwards-sloping back. Its front feet had a single claw on the thumb, while its strong hind feet had five toes. It probably exceeded 80 feet long. Size: This large Brachiosaurus toy model is 13 inches long and 8 inches high. The Brachiosaurus is part of the Wild SafariÂ® Prehistoric World collection All of our products are Non-toxic and BPA free