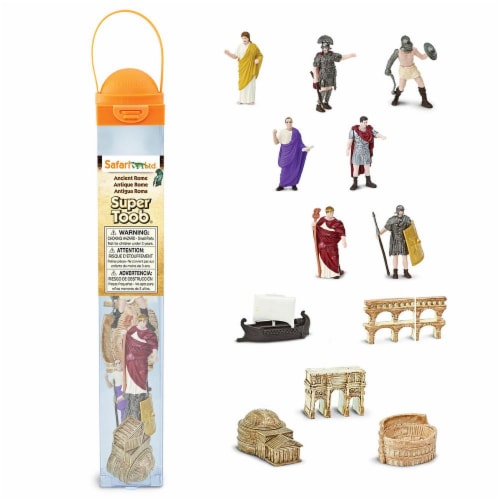 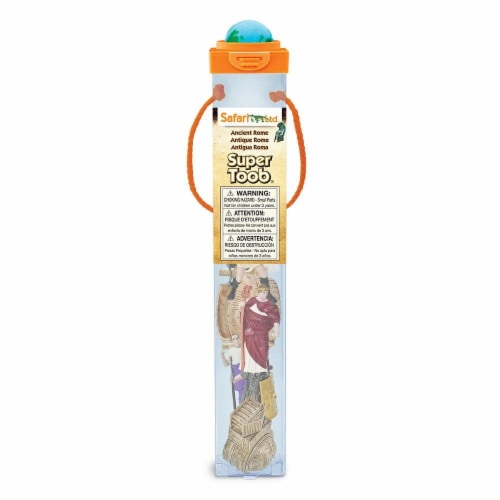 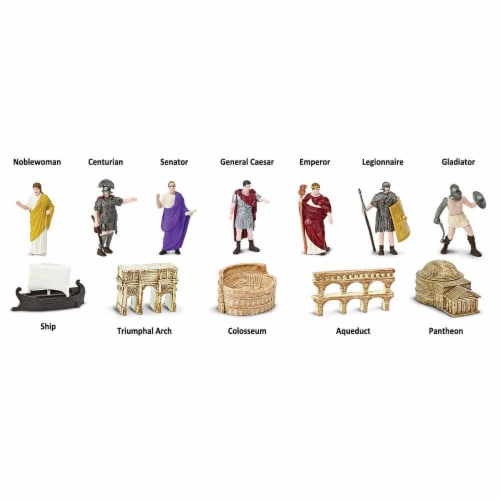 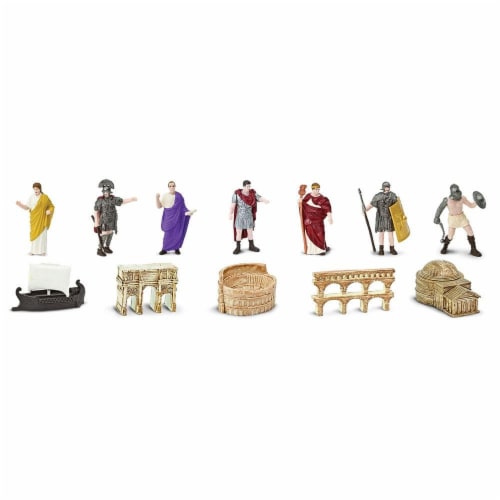 Travel back in time to what many consider the foundation of modern republicsâ€”Ancient Rome! This Super Toob includes a noblewoman, centurion, senator, General Caesar, emperor, legionnaire, gladiator, ship, as well as the Triumphal Arch, Colosseum, Aqueduct and Pantheon. History: Often seen as the first truly modern government, the Ancient Roman empire lasted from 27 to 476 B.C. It encompassed lands from the Atlantic to Arabia, and all the way down into North Africa. Ancient Rome is often praised for its ingenuity when it came to construction and architectural feats, including a widespread series of aqueducts and roads, and monuments like the Triumphal Arch, Colosseum, and the Pantheon. Characteristics:Fight against the most feared gladiators of the republic for coin and glory inside the Colosseum, or pray to the gods inside the Pantheon. Professionally hand-painted for accurate, true to life detail, these figurines allow for beneficial study, sprawling imaginative play, and make great additions to dioramas or history enthusiastsâ€™ collections. Size: 2 inches long, 2 inches wide, and 13 inches tall, this Super Toob is a touch larger than the size of a standard American ruler and contains 12 figurines that range from 1.25 to 3.75 inches tall. All of our products are Non-toxic and BPA free 12 pieces per TOOBÂ®. Contents Cannot Be Purchased Individually.