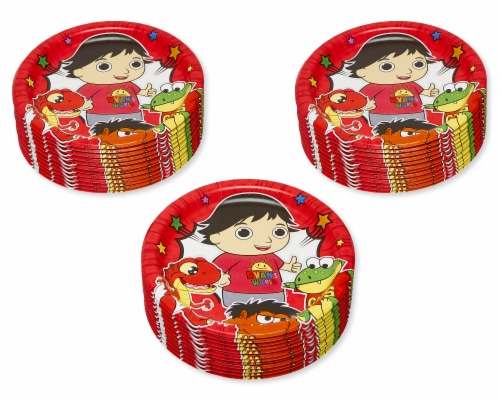 When playing all day with Ryan’s awesome toys and watching his YouTube videos works up an appetite, your child’s birthday party guests will love eating from Ryan’s World dinner plates! Featuring a cartoon version of Ryan with friends T-Rex, Gus and Moe on a on a bright red background, these large plates are made from sturdy paper with a beveled edge to hold pizza, sandwiches and a variety of party foods.