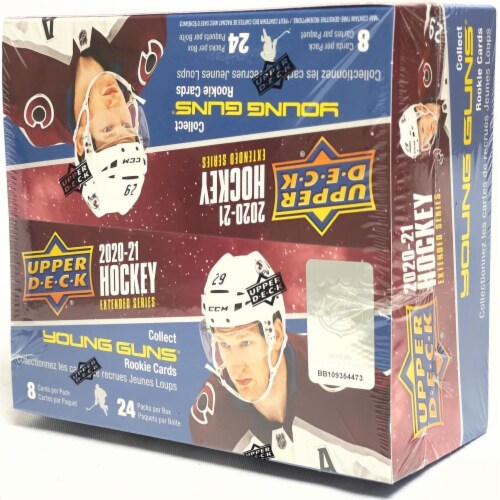 A unique season like the 2020-21 NHL season calls for a unique product. Introducing 2020-21 Upper Deck NHL Extended Series, which will serve as a continuation of the 2020-21 Upper Deck NHL edition started with Series I and Series II. Extended Series will of course include a new slate of Young Guns, in addition to a variety of brand new rookie content that will encompass the entire roster of rookies that were also found in series I and II. This fresh rookie content will be featured via a number of legacy Upper Deck brands, including such brands as UD3, Ultimate Victory, and SPX Finite to name a few.