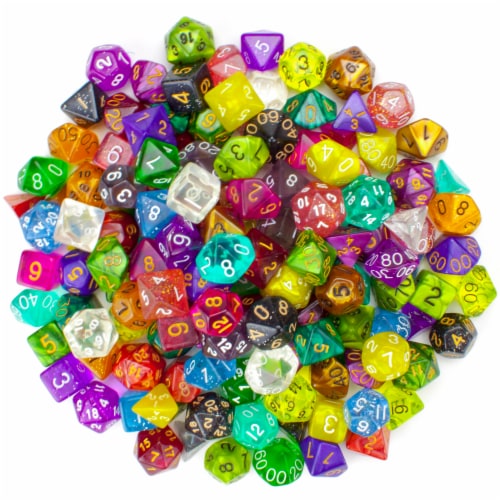 Wiz Dice is back and better than ever. We'd like to introduce you to Series II: Alchemic Oddities, a collection of twenty marvelous new colors created with the help of the growing Wiz Dice community! We've included lots of fan suggestions for pinks, purples, teals, and glitter, and every new color was named by a community member. Inside our random 100+ packs you'll find over 100 random polyhedrals in over a dozen dazzling and mystical colors. To sweeten the pot, we now guarantee 15 unique sets of seven per bag. The only thing left to chance is which colors you get.